Posted on January 26, 2016 by carolyncholland

On January 18, 2016, my husband Monte and I attended the Annual NAACP Dr. Martin Luther King, Jr. Program held at the Greater Parkview Church in Greensburg, Pennsylvania.

After returning home I couldn’t find my notes they’d stayed in a ‘safe place’ for 8 days.

I’m excerpting just one thought spoken that night by someone whose name I didn’t record. I surfed the Internet to expand on that thought and wrote the following.

An advisor told King not to use the phrase I Have a Dream in the speech he was preparing to present at the August 28, 1963, March on Washington for Jobs and Freedom. During the speech Mahalia Jackson yelled at him Tell them about the dream! King complied.

In the days preceding to King’s presentation for the March on Washington for Jobs and Freedom he prepared a speech with the help of his advisors. However, he was torn between using two metaphors:

Due to the nature of the march, time constraints, and the fact that he’d used the dream metaphor in speeches throughout the previous year, the bad check metaphor won out. The original speech didn’t mention the word ‘dream.’

During the speech Clarence Jones, one of the advisors, listened as King improvised somewhat on the prepared words. King changed a clunky section into a simple directive: go back to Mississippi; go back to Louisiana; go back to…knowing that somehow this situation can and will be changed. 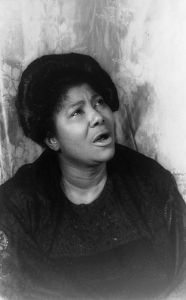 At her second prompting he briefly glanced at Jackson, turned back to the prepared text, and slid it to the left side of the lectern, marking the point of his transformation from lecturer to preacher—from looking down and speaking from notes to using an extemporaneous, oratorical style. 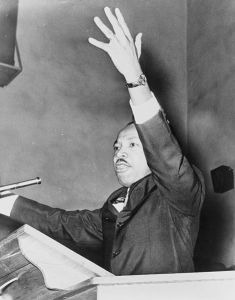 “It was if some cosmic transcendental force came down and occupied his body,” Jones explained. “It was the same body, the same voice, but the voice had something I had never heard before.”

Were it not for Jackson being the wind beneath King’s wings the legacy of King’s I Have a Dream speech might never have been.

Back to January 18th, a day to honor Martin Luther King, Jr., and his legacy with a closing word: injustice anywhere is a threat to justice everywhere.

SPECIAL NOTE: Many thanks to Ray Francis who managed to correct my camera settings  at the end of the program. 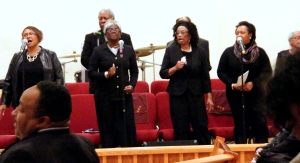 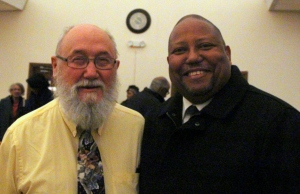 Participants in the program included:

In several if my nine lives I have been a medical lab technician and a human service worker specializing in child day care, adoptions and family abuse. Currently I am a photo/journalist/writer working on a novel and a short story. My general writings can be viewed at www.carolyncholland.wordpress.com. My novel site is www.intertwinedlove.wordpress.com.
View all posts by carolyncholland →
This entry was posted in Feature Articles, Special Days, WRITING and tagged All posts, I have a dream speech, Inspirational, Jr., Latest post, Lifestream, Mahalia Jackson, Mahalia Jackson and MLK, Martin Luther King, Miscellaneous, postaday2016. Bookmark the permalink.

3 Responses to ‘Tell Them Your Dream,’ Mahalia Jackson Instructs MLK