Posted on February 24, 2015 by carolyncholland

THOMAS GAITHER AND THE FRIENDSHIP 9:

We cannot rewrite history, but we can right history. —Judge Mark Hayes

I learned that I have convictions I’m willing to suffer for to make sure things are more just and fairer for all of us. —Thomas Gaither

Thomas and Diane Gaither are two persons who positively impacted my life. As a couple and as individuals they demonstrate a quiet faith that upholds ideals important for a healthy society and healthy relationships. 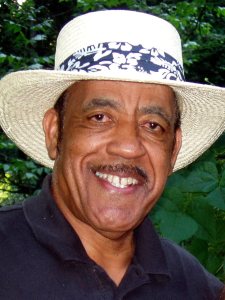 Other people describe Tom as being an articulate, inspiring leader, a listener. A person who doesn’t talk a lot, but when he does what he says is important and relevant.

“We were always taught to stand up for what you believe,” said Tom in one interview. “For our parents, there was a very strong religious aspect to this. They believed God would take care of us if we were doing the right thing.”

I always sensed Tom stood for justice and fairness, but my husband Monte and I weren’t successful getting him to share his story with us. I only knew that this gentle man had a conviction record.

Only recently have I come to know his story, and its great impact on American society. Part of his story—intertwined with the story of eight others—became major news at the end of January 2015.

Tom was one of 10 Civil Rights protestors, the Friendship 9, who were convicted of “trespassing” on January 31, 1961. (Although the group started out with 10 members, one did not complete his jail sentence.) On January 28 this year their convictions were expunged.

THE STORY OF TOM AND THE FRIENDSHIP NINE 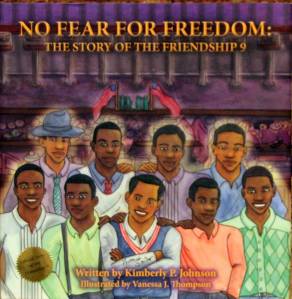 In 1960 Tom, an activist and field organizer with the Congress of Racial Equality (CORE), encouraged students at Friendship Junior College in Rock Hill, South Carolina to non-violently violate the Jim Crow laws in Rock Hill.

For a year students and the NAACP had participated in sit-ins and protests at downtown restaurants and bus stations, activities which resulted in mass arrests.

At that time African-Americans could order food at the McCrory’s Variety Store and pick it up at the back door. They weren’t allowed to eat at the counter inside—they had to eat it elsewhere.

According to Tom, this unjust civil law was obviously conceived to deny a group of people their humanity and their citizenship.

During the fall of 1960, 40 students discussed and learned about participating in non-violent protests, during which they could be arrested.

Once arrested they had two options:

According to Tom, previous Southern sit-ins bore few results. Arrested participants were processed by the police, fined and then released when their fines (bails) were paid. This method did two things:

It didn’t make sense to Tom to violate the law and then put money into the system. It was time to raise the level of Civil Rights commitment by showing a seriousness about transforming our society into a more just society

The students decided to stage a protest that would result in their arrest, thus offering the protestors an opportunity to reverse the pattern of previous protests—instead of paying their fine/bail they would opt to serve their prison sentence.

Tom, advisor to the students, was the only participant not a Rock Hill native or a Friendship Junior College student. On the morning of January 31, 1961 he and 9 students—Dub Massey, Clarence Graham, John Gaines, Willie McCloud, James Wells, David Williamson, Charles Taylor, Robert McCullough and Mack Workman—began their historic walk from the college to downtown Rock Hill. 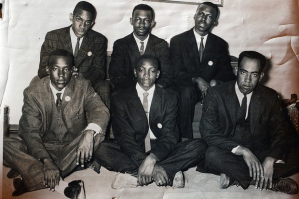 Tom recalls mixed feelings of nervousness and purpose as he led the peaceful march along Main Street to the McCrory’s Variety Store. They picketed in front of the store for a short while.

Onlookers shot disapproving glares. A police chief demanded that he and his friends go home to avoid trouble.

Undeterred, Gaither led the young black protesters into the store to the at the whites-only lunch counter. Knowingly breaking the law, they sat on the stools.

They barely sat down before the police did the expected: arrested them.

The police swooped in, pushed them off the stools, slapped handcuffs on them and hauled them off to a holding cell across the street.

During their trial the state’s attorney asked how long they were at the lunch counter. The captain of the Rock Hill police department testified it was 3-5 seconds. When the Friendship 9’s attorney asked the police captain the same question, the answer expanded the time to 3-5 minutes.

This discrepancy was so glaring the judge dismissed the court. It appeared that a technicality—not being given enough time to leave the lunch counter when police asked them to—would stop the 10 men from being jailed.

The judge returned and acknowledged their situation but still found all 10 men were guilty of trespassing and sentenced them to either pay a $100 fine or serve 30 days doing hard labor at the York County prison camp.

The protestors opted for jail over bail. At any time during their sentence they could pay their bail and be released, which one protestor did after four days.

Tom and the eight students, awakened at 6 a.m. each day, spent their time shoveling sand into trucks. They believed this labor served a public works purpose but later found out was just busy work. Part of their time was spent in solitary confinement.

“The idea was to work us so hard that we would have second thoughts,” Tom said, relating that at one point, a cross was burned on the lawn of his parents’ home, 30 miles away in Orangeburg.

The men were released after 30 days.

“This was the start of what would become known as the ‘jail no bail’ phase of the modern civil rights movement,” Tom said. “It didn’t make sense to violate the law and then put money right back into the system.”

He didn’t consider their actions as breaking a moral law. “…we never felt we had done anything wrong.”

The sacrifice of the protestors made electrifying news within the Civil Rights movement. Media attention helped turn scattered protests into a nationwide movement.

In 1964 President Lyndon B. Johnson signed the Civil Rights Act, which granted African-American equal rights under the constitution.

Last year, after author Kim Johnson’s book No Fear For Freedom: The Story of the Friendship 9 was published, she approached Kevin Brackett, the solicitor for York and Union counties, to see if the records of the Friendship 9 could be cleared. She said “To have the records vacated essentially says that it should have never happened in the first place.”

PRESENT IN THE COURTROOM:

Before the convictions were expunged, Municipal Judge Modla read from each man’s original court record, asking those in attendance to stand when their name was called:

Justice Finney, entered the motion to have the sentences tossed out. The 83-year-old required help standing and propped himself on the table in front of him as he spoke.

Brackett issued an apology to the men on behalf of the state:

Tom watched the hearing, on national television, from his home.

Tom was represented in the courtroom by his son, Kenneth Gaither, an Elon University professor, and his brother Herman’s son, Guy, an educator in Charlotte.

NOTE: This article was compiled from a variety of sources.

NOTE: The WordPress prompt for February 5, 2015, was Breaking the Law. This piece is a turnaround on that prompt.

In several if my nine lives I have been a medical lab technician and a human service worker specializing in child day care, adoptions and family abuse. Currently I am a photo/journalist/writer working on a novel and a short story. My general writings can be viewed at www.carolyncholland.wordpress.com. My novel site is www.intertwinedlove.wordpress.com.
View all posts by carolyncholland →
This entry was posted in Feature Articles and tagged All, All posts, Civil Rights movement, Commentary, DPchallenge 2/5/2015: Breaking the Law, dp_prompt/breaking-the-law/, Friendship 9, Friendship 9 convictions overturned, Inspirational, Jail no bail, Latest post, Miscellaneous, postaday2015. Bookmark the permalink.